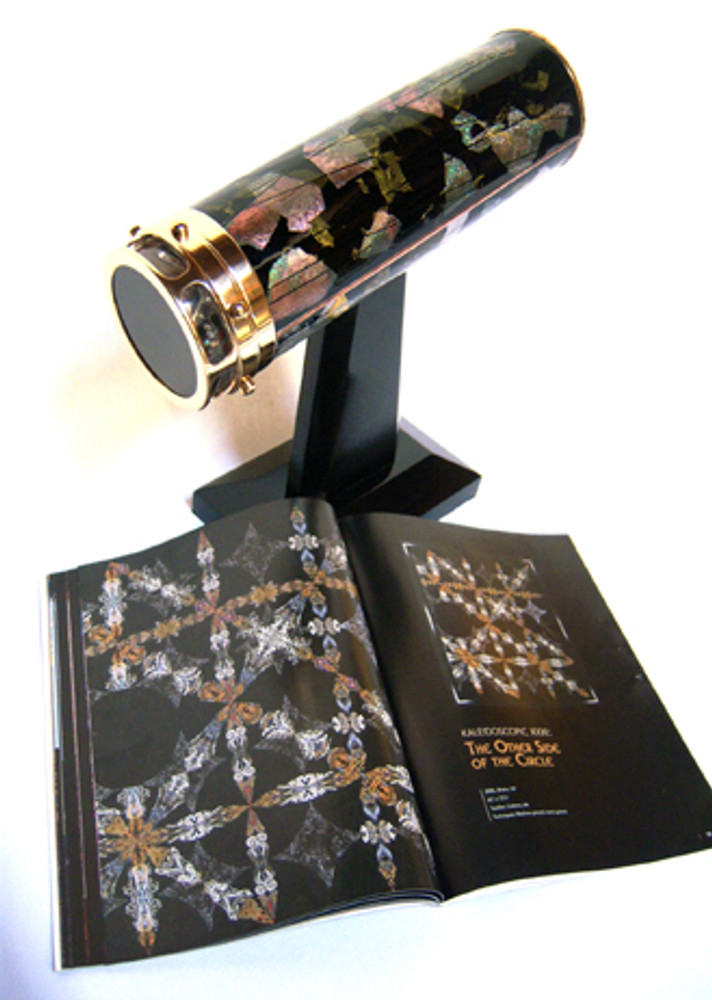 Peggy & Steve Kittelson's inspiration for the "Paula's Rapture" scope was quilt featured in one of Paula Nadelstern's books, "Kaleidoscope Quilts" which we have pictured. The design of the exterior resembles the fabric chosen as the basis for her process. Steve fused gold, silver, and palladium foil and black glass strings between the black glass used as the base and a layer of clear over the top. It has a 7-point two mirror system . Peggy has designed a dichroic and opalescent glass in the oil filled object cell to give the viewer a moving version of Paula's quilt. We have #1 of the limited edition. #2 was shown in the American Museum. The scope stands 14" tall by 13" long. the pedestal is 5" X 8".